Many hotel chains, airlines and other enterprises rely on customer loyalty programs, promotional offers and affinity sales channels in their marketing and sales strategies. Until recently, offering digital content in such programs has been challenging because the supply chain for digital content has been controlled by a few industry heavyweights, who offer little or no custom branding. As a result, customers of a hotel or airline would be sent to a third-party digital content site with its own branding, resulting in a disjointed and sometimes confusing customer experience.

Get to market first with a private label marketplace for digital content, while preparing for surges in traffic and rapid growth

Use DEV@cloud to accelerate and align development activities with company goals, and deploy in the cloud with automatic scaling

Choose Digital™ solves this problem by offering an alternative channel—a digital supply chain for music, movies, TV, eBooks, audiobooks, applications and games—which companies can integrate seamlessly into their own programs with full control over branding and customer data. This channel also benefits publishers and studios, who now have the ability to promote books, movies, music and other digital content to targeted customer groups, including frequent travelers. Choose Digital created this new digital marketplace from the ground up using the CloudBees® Platform as a Service (PaaS). “Our goal was to be first to market, so we needed to be up and running quickly,” says Mario Cruz, co-Founder and CTO at Choose Digital. “As a result, our guiding philosophy has been to focus exclusively on our core business. If something is not central to our business, we don’t want to do it—and setting up and maintaining Java infrastructure is not core to our business. Our lead architect put it bluntly, “with the CloudBees Platform we can spend our time bringing our product to market instead of spending it putting our infrastructure together.’

Challenge: Get to Market First and Prepare for Sudden Increases in Traffic

The company also wanted to keep expenses down and their applications private until they were ready to go live. At that point they had to be ready to handle traffic spikes, as well as uneven but rapid growth in the number of transactions performed per day. “When one of our customers sends out an email to millions of their customers offering digital content, we have to be ready for the traffic,” says Cruz. Aside from the top priorities of scalability and short time-to-market, Choose Digital had several other critical requirements including security for the digital content it was managing and the ability to search the more than 8 million items in its digital inventory with subsecond response times.

Choose Digital initially started with another PaaS provider, but soon switched to CloudBees because of its superior support for continuous integration (CI) via Jenkins.

After deciding to use the Play framework and Java to accelerate development, the team had their initial development environment set up with DEV@cloud in just one day. “With CloudBees we can get up and running even faster,” says Cruz. “We set up new projects with DEV@cloud in about an hour.”

After the switch to CloudBees, Choose Digital discovered several invaluable services provided by CloudBees Ecosystem Partners, which they rapidly incorporated. “It was like going to a restaurant because you heard the food was good, and finding that the desserts and service were great too,” says Cruz.

Efficient search was a critical requirement for Choose Digital, and they met this need with WebSolr, a search engine service from the CloudBees Partner Ecosystem based on Apache Solr that supports fast searches of the millions of digital assets within the Choose Digital database.

The team soon added two more ecosystem services: SendGrid for cloud-based delivery of transactional email, and Papertrail for log management and analysis, which sped the diagnosis and resolution of any issues that arose. “We did not choose CloudBees because of its ecosystem, but it was a real advantage to have these services available when we needed them,” says Cruz. “The same is true of CloudBees support, which has been consistently phenomenal.”

During development, the web applications were kept private, accessible to only authorized users and clients for demonstrations and testing. Choose Digital and its clients performed security tests to verify that the appropriate controls were in place, and the digital assets were protected. When they were ready to launch, the team simply changed the mode from private to public and, the applications were instantly live.

Choose Digital relies on automatic scaling to handle sudden increases in traffic and growth spurts. “Our application instances handle more than a million visitors per week, as well as thousands of transactions per day—and that number is doubling month-over-month,” says Cruz. 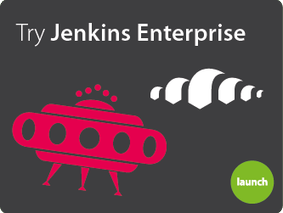